A spectrum of the greenhouse radiation showing the effects of carbon dioxide versus other greenhouse gases (Evans et al., 2006):

And the IPCC's illustration of carbon dioxide forcing relative to other factors: 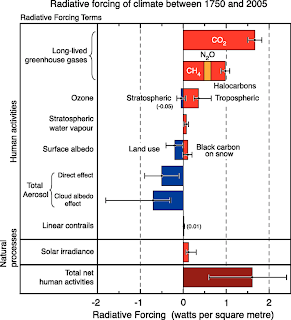